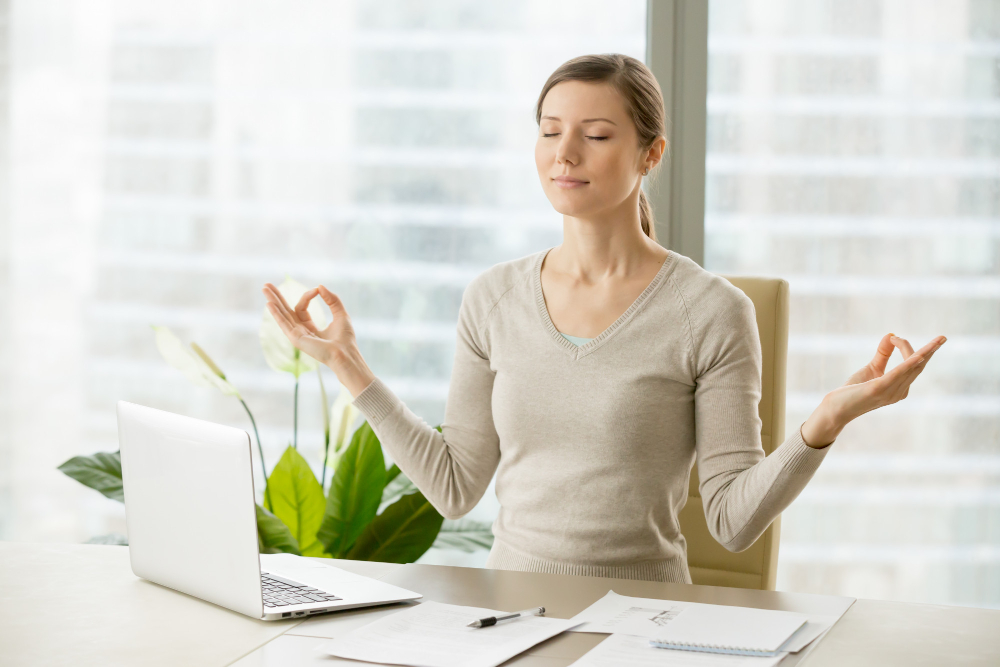 It would seem there has been a dramatic rise in anxiety and stress levels generally, especially since the pandemic started.  Whilst much of what people are feeling can’t be changed, the body’s response to it can be supported.  There are certain nutrients and herbs that are great for working with the stress response, alleviating anxiety and encouraging feelings of calm.

This herb has been traditionally used in Ayurvedic medicine for thousands of years, and closer to home too. Indeed, ashwagandha, has much robust research to support its use especially for anxiety.

Termed an adaptogenic herb, this means it supports the body through the stress response and adapts to its needs.  Ashwagandha is generally a gentle, but effective herb and is great for alleviating anxiety, aiding restful sleep and calming the nervous system generally.

It’s not available in foods, so needs to be taken in supplement form.

As with all B vitamins, they’re water soluble and therefore not stored in the body.  The good news, however, is that vitamin B6 is found in many different foods being beef liver, tuna, salmon, chickpeas, dark leafy greens and poultry. This list is by no means exhaustive, so having a varied diet will certainly help to ensure you’re having sufficient vitamin B6.

As with many herbs, it has been traditionally used, especially in its native Mediterranean region since at least 16th century. Today, it’s mainly used as both a sleep aid and digestive tonic and can be taken as a supplement, in a balm or lotion, but frequently as a tea. From much research, it appears lemon balm works on the calming brain neurotransmitter, GABA, helping alleviate anxiety and mood disorders.  Get brewing today!

We can’t talk about calming nutrients without a big nod to magnesium!  Often referred to as ‘nature’s natural tranquiliser’ magnesium is known to support the stress response in the body and helping calm the central nervous system. Magnesium works in tandem with vitamin B6 in many biochemical reactions within the body, but particularly in producing our calming neurotransmitters.

Interestingly, signs of magnesium deficiency include panic attacks, brain fog, feeling tired but wired, insomnia and lack of concentration; all symptoms we would frequently associate with being stressed. Magnesium also helps reduce levels of the stress hormone cortisol.

There are a number of different forms of magnesium which can make it confusing when choosing supplements, but the glycinate form is especially great for sleep and anxiety.  However, magnesium is frequently deficient in the heavily refined typical western diet but is rich in, guess what, dark leafy greens! Load up your plate with kale, broccoli, cauliflower, and Brussels sprouts.  Magnesium is also found in beans, legumes, nuts and whole grains.

The term ‘passion’ in this case relates to the final period of Jesus Christ’s life, not what one might normally expect!  However, the herb passionflower in incredibly effective at bringing calm to the brain and helps lower brain activity generally, which in turn, aids sleep.

A common symptom of anxiety is a nervous stomach and passionflower seems to really help.  Indeed, in ancient times it was often use for digestive upsets perhaps before they realised stomach problems were often caused by anxiety.

It’s possible to find some passionflower tea, but it’s much easier to take in supplement form, especially if you’re really on the edge.

Clearly nutrients all work synergistically together so there is no problem with having plenty in the diet or in supplement form.  When it comes to herbs, it’s always best to try one first to see how it suits you.  And always remembering that what works for one person, may not work for another, so keep trying the many options available until you find relief from symptoms.